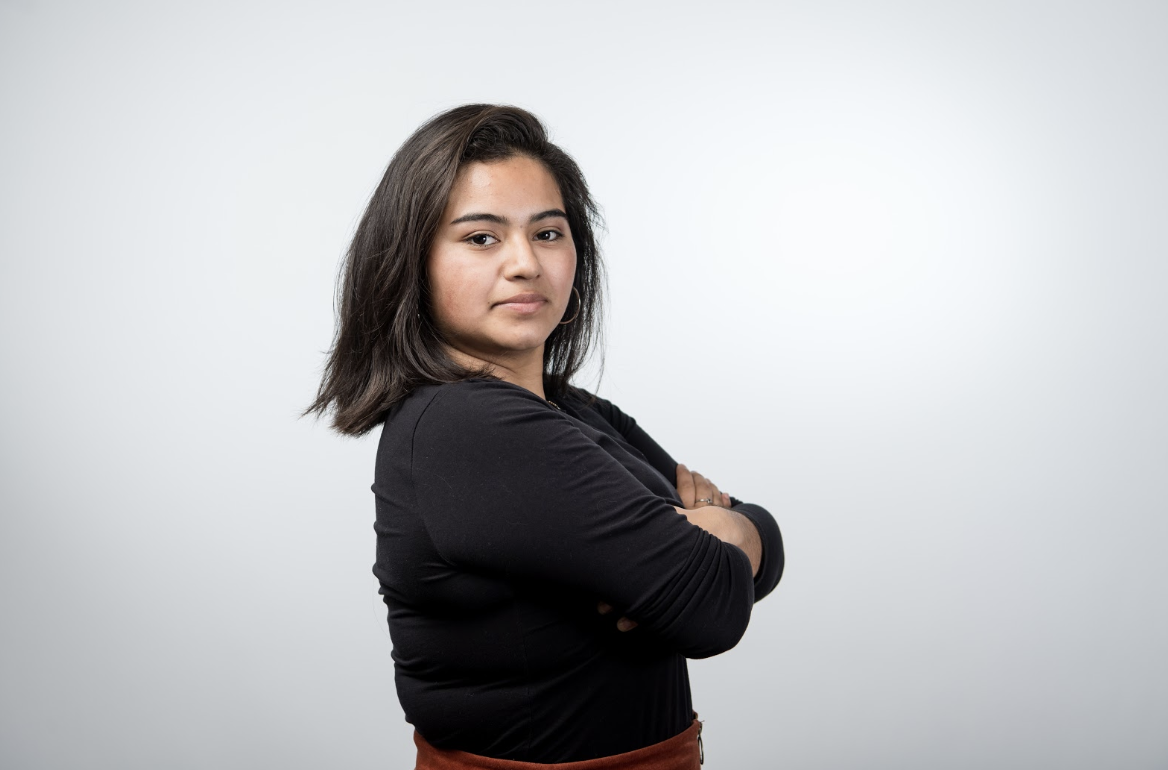 Sienna Di Muro started at e3 Civic High as a freshman, she and her mother were living in a homeless shelter. Today, she is thriving

at Emerson College where she was accepted early decision (see her acceptance video here). Sienna is a remarkable young woman who had the grit and determination to realize her dream of studying media art production at her first-choice college, but part of her success can be attributed to the opportunities she had at e3 Civic High. She says the public charter school gave her the chance to explore different career paths through internships and job shadow days. Sienna also took a career exploration class which taught her how to write an effective resume and cover letter, as well as interview for jobs. Not only was Sienna active on campus by participating on student council, yearbook, peer assistance group, and the Spanish club, she also traveled to China with e3 Civic High! She says traveling abroad helped open her eyes to what the world has to offer.

Today she is enjoying life in Boston as she continues to explore new opportunities. In the future, she would like to start her own scholarship fund for homeless youth. 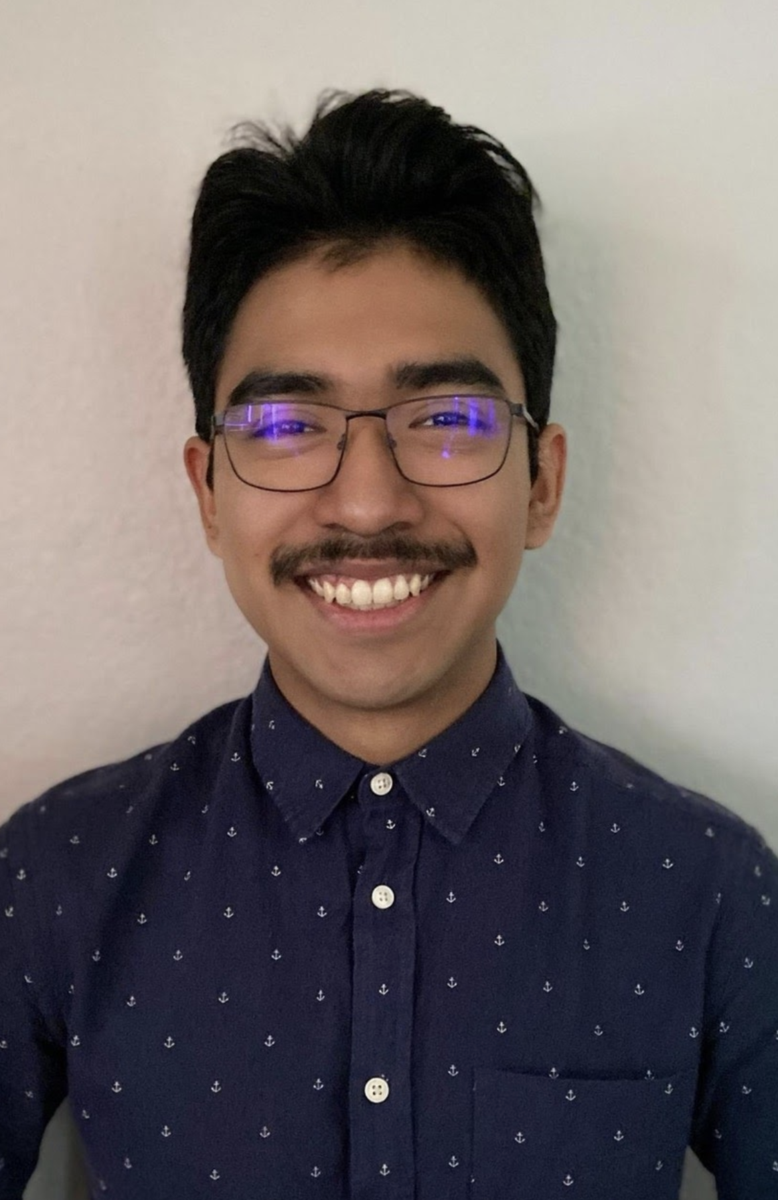 Oscar was in middle school when five high schools visited his campus to share what they offer students. For Oscar, there was no need to deliberate after the presentations. It was clear e3Civic High was where he would attend. He says it


was the small class size, focus on technology, and individualized learning that appealed to him most. And Oscar knew that the San Diego Central Library offered vast resources including community events, spaces for teens, and an extensive collection of books. He got what he expected – and more! When Oscar began his high school career, he was excited to learn e3 Civic High had courses in robotics, computer programming, and AP-level mathematics. What Oscar wasn’t so sure about was a new approach to learning called Design Thinking where scholars observe the community, identify a problem, develop a solution, receive feedback, and refine their solution. He says he initially struggled with this way of learning, but the hard work paid off. He quickly realized why this approach to problem solving and learning is used by industry leaders like Apple and IBM, and universities like MIT and Stanford.

Oscar graduated from e3 Civic High in 2019 and is currently attending UC San Diego where he majors in computer science. 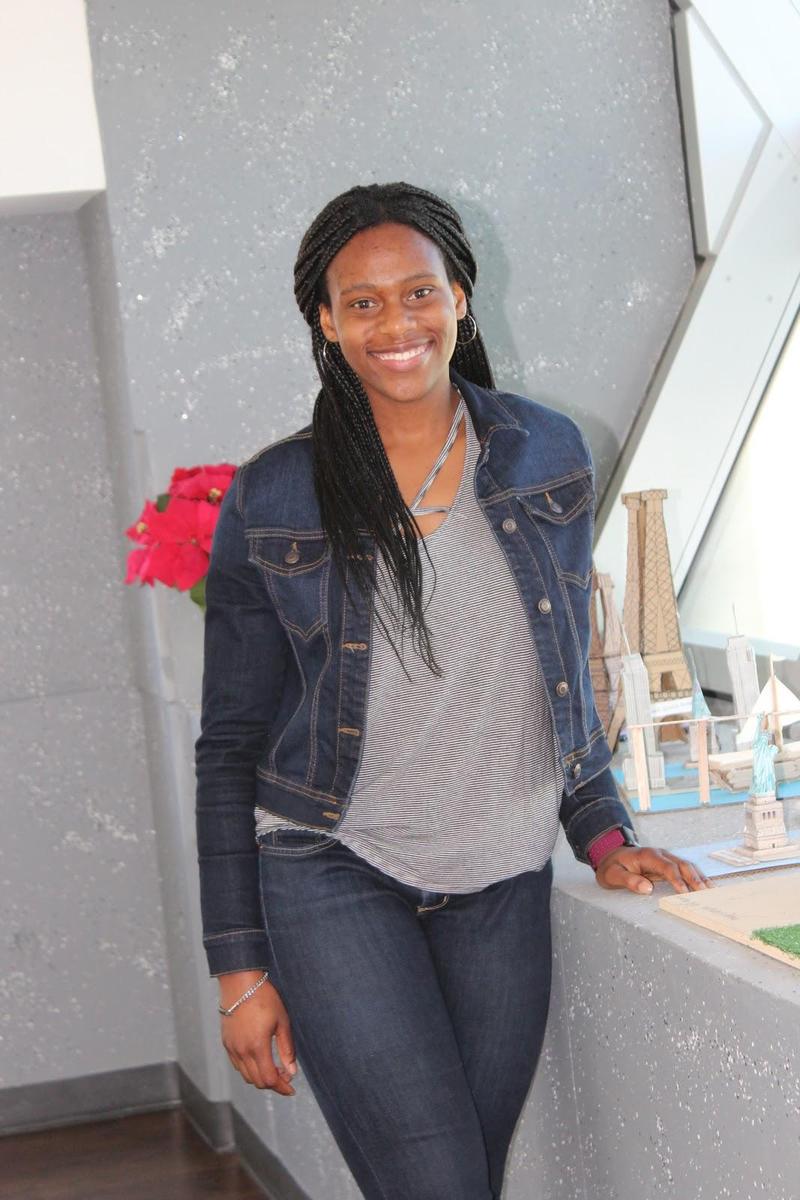 Nkechinyere Iroanusi was the valedictorian and an esteemed member of the class of 2017, e3’s second graduating class. Now a biology major at Southwestern College, Nkechi is grateful for the cultivation of her love for science in multiple classes she took as an e3 scholar. She looks forward to transferring to UCSD in the fall of 2020 where she will complete her Bachelor's degree in biology and will go on to earn a Master’s degree in a research science field. Ultimately, Nkechi plans to attend medical school in order to become a pediatrician. Nkechi is currently the president of Southwestern College’s public health club. She is a member of their bio club, and she is a member of the American Medical Student Association (AMSA).

In addition to all of this, Nkechi has found time to work two jobs--one in fast food and the other right here at e3 where she is giving back to current e3 students as she serves as a tutor in science and humanities. When asked how she manages all of these tasks, Nkechi talks passionately about detailed planning. As an e3 scholar, Nkechi learned to plan out every moment of her life. This skill has proven to be essential to her success in college as well. If it’s not in her planner, it doesn’t happen! 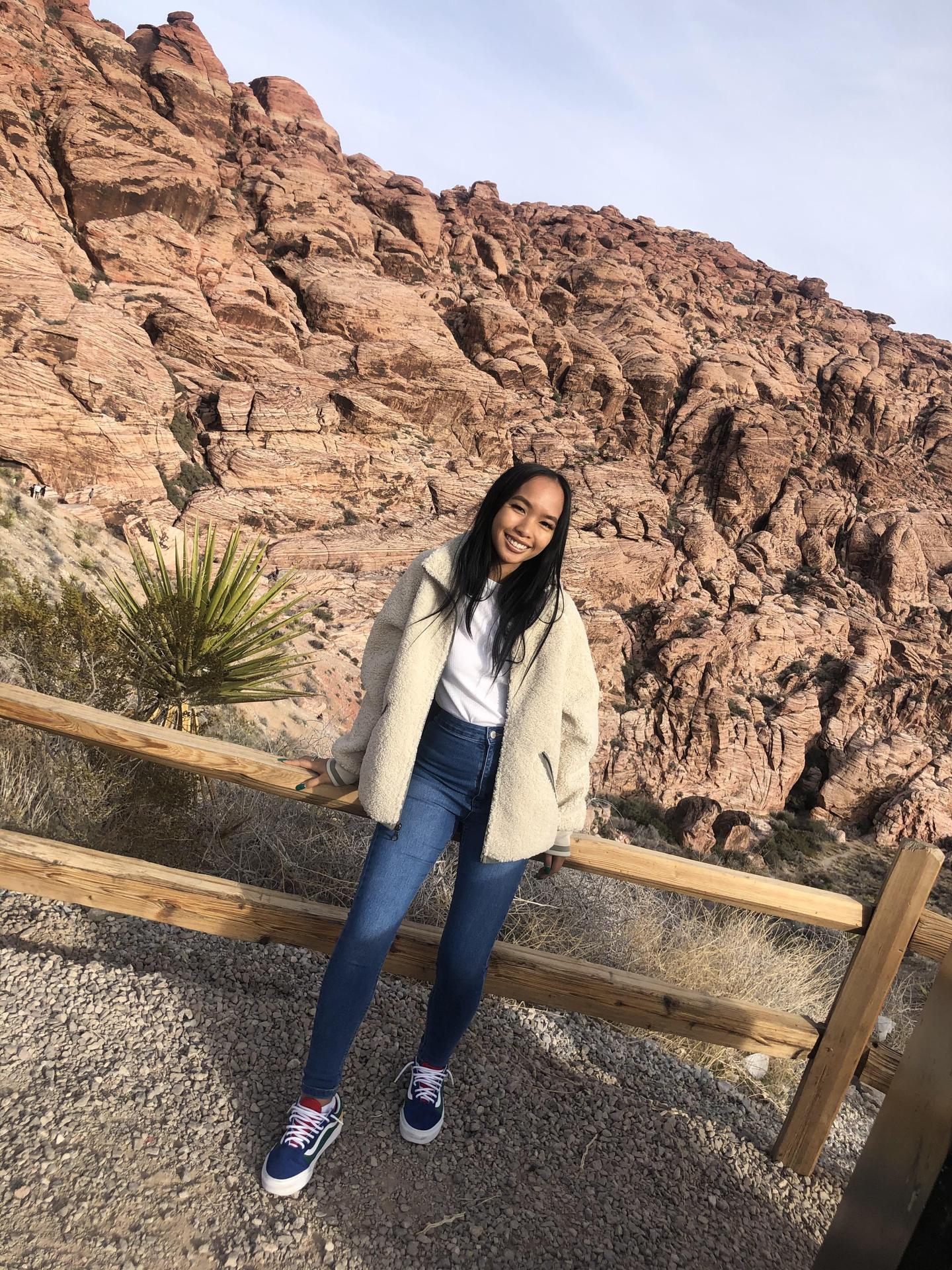 In eighth grade, Anna decided she wanted a different high school experience than what was offered at her neighborhood school. She knew it was important to meet new people and have access to exciting internships. Anna did her research and found e3 Civic High. The school’s approach to learning appealed to her – and it was downtown, a big plus in Anna’s book.

Attending e3 Civic High was even better than Anna had imagined when she entered the Summer Bridge program before her freshman year. She had internships at Assembly Member Shirley Weber’s district office and Thomas Jefferson School of Law. After a Job Shadow Day at the District Attorney’s Office, Anna and some of her classmates were asked to design an app geared at helping teens make smart life choices. Through all of these real-world learning experiences, Anna sharpened her critical thinking, time management, and communications skills. She also learned how to work in a professional setting.


Anna’s time at e3 Civic High helped her become the scholar she is today. A proud member of the Class of 2019, she is currently enrolled at San Diego State University with an intended major in Criminal Justice. 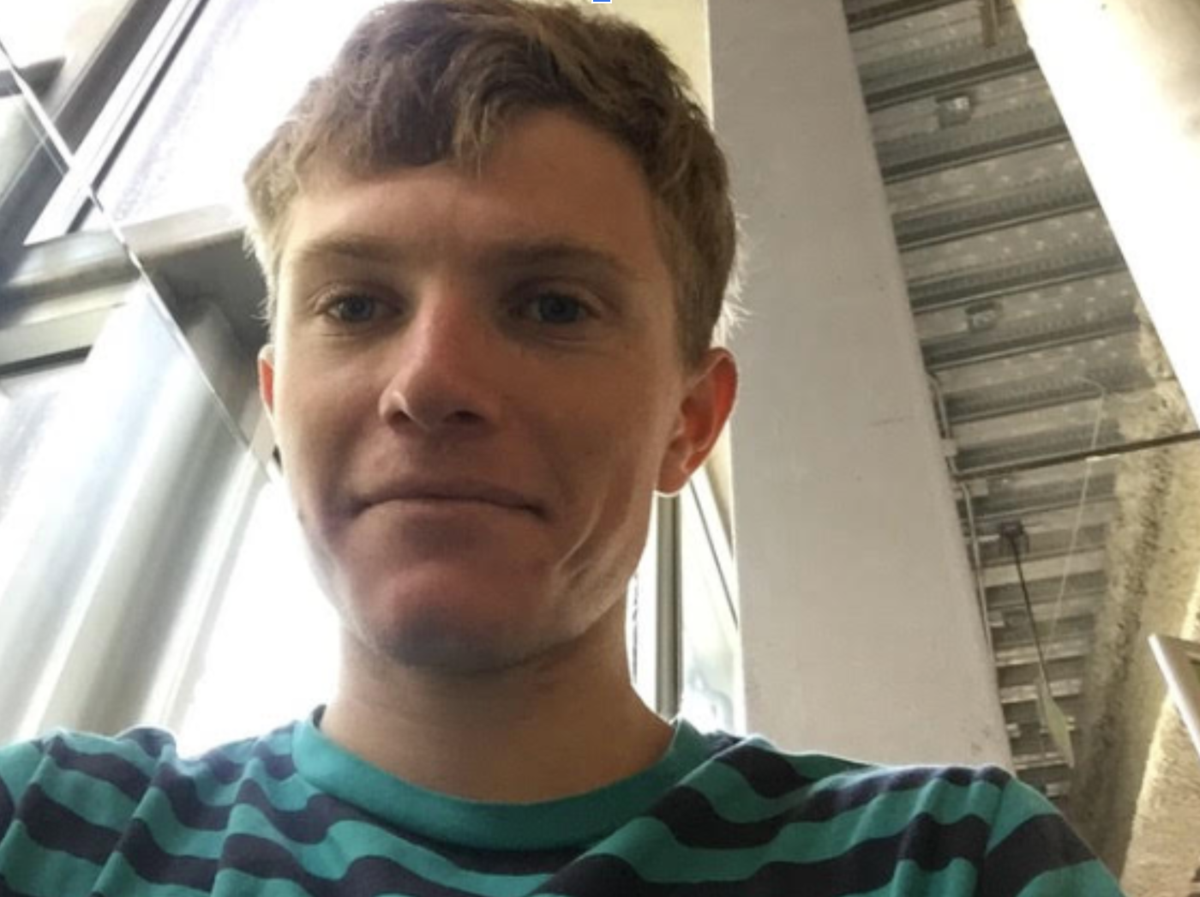 When Maxwell Blaine was in eighth grade, he saw an article in the San Diego Union-Tribune about the new high school located in the San Diego Central Library. He was impressed with its focus on technology and liked the urban setting. After touring the school, Maxwell decided e3 Civic High was the right fit for him. He hadn’t heard of Design Thinking prior to his visit, but liked the idea of solving real-world problems and collaborating with peers. Both excited and a little nervous, Maxwell forged ahead.


One of the issues Maxwell decided to tackle was the lack of music programming middle schools. His senior year Design Thing project was drafting a plan to implement a summer symphony program at a nearby middle school. He interviewed music teachers, sought feedback from middle school students and staff, and refined the plan into a scalable model for other sites.


Maxwell also took advantage of one of the many travel opportunities at e3 Civic High when he joined a group of scholars in China. As much as he learned about the culture and history of the country, Maxwell’s biggest takeaway was that one should always cast aside assumptions about people and have an open mind.


Now earning his general education credits at Mesa College, Maxwell is looking forward to an internship through the Associated Builders and Contractors San Diego Apprenticeship program. 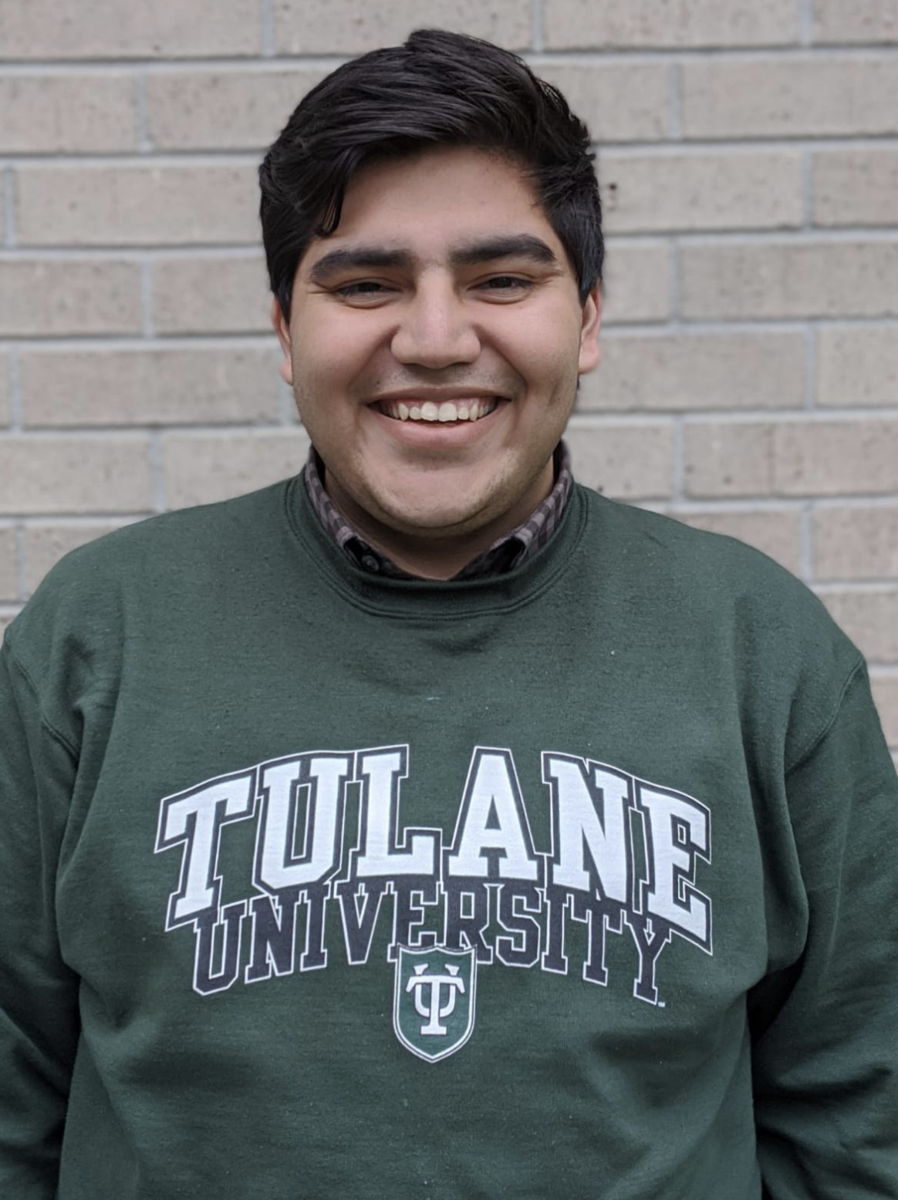 Pedro started at e3 Civic High as a sophomore after transferring from another high school and said it was one of the best decisions he’s ever made. He says that because the school is small, he was able to get individual attention and personalized learning. Pedro was alsoable to take classes like robotics and forensics, which weren’t offered at his first high school. He says the learning facilitators at e3 Civic High took great care to make sure the lessons were relevant to the lives of scholars. For example, he took a course called Chemistry in the Community in which scholars learned about metals and other pollutants in water. Pedro took his chemistry knowledge to the next level when e3 Civic High helped him secure a job shadow training at a laboratory at SDSU. The scholar says his love of e3 Civic High went beyond its academic and workforce preparation. Pedro says at this public charter high school, there were no cliques or bullying.

Currently, Pedro is studying neuroscience at Tulane University where he hopes to attend graduate school and earn his Ph.D. so he can be a professor.